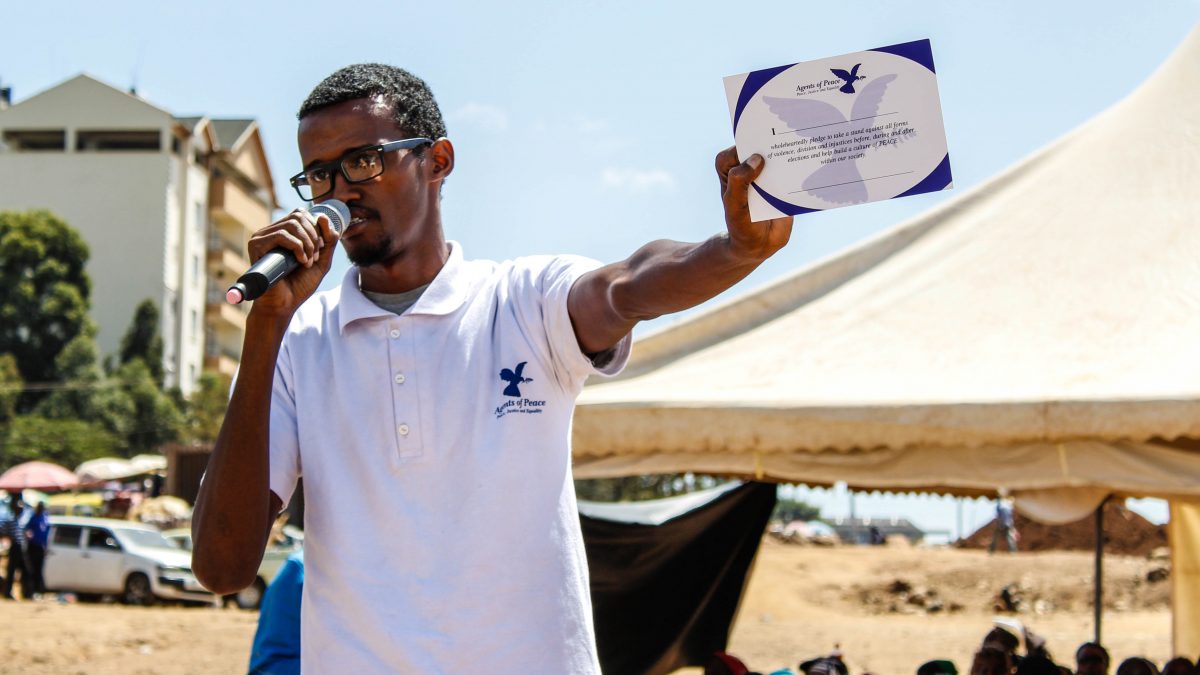 In the last couple of years there have been a number of violent clashes in areas of Kenya where the existing political, social and religious structures are contested or fail to meet the subsistence or security needs of the local populations. Many derived from long-lasting grievances, which periodically reach the pitch of violence, but usually simmer just below the surface. We are deeply concerned about the rising levels of intolerance and hatred on several fronts specifically on the bases of religious, intra ethnic and inter ethnic tensions that grounds on political differences.

In practice, manifestations of collective religious hatred frequently overlap with national, racial, ethnic or other forms of hatred, and in many situations it may seem impossible to clearly separate these phenomena. As a result, the label “religion” can sometimes be imprecise and problematic when used to describe complex phenomena and motives of collective hatred. Nevertheless it remains obvious that religions and beliefs can serve as powerful demarcators of “us-versus-them” groupings. Unfortunately, there are many examples testifying to this destructive potential of religion. At the same time, one should always bear in mind that anti-hatred movements exist within all religions and that most adherents of the different religious and belief traditions are committed to practising their faith as a source of peace, charity and compassion, rather than of hostility and hatred. Repeated attack on churches and the unsolved killings of both Muslim and Christian clerics in our country have contributed religious tension/hatred in various parts of the country. At least 48 people were killed recently when dozens of militants attacked a Kenyan coastal town overnight; targeting a police station and two hotels as said by officials and the responsibility was claimed by Al-shabaab which declared Kenya as a war zone, constituting Kenyans on sectarian division and to have another Central African Republic in our beloved Kenya and against Kenyans.

No doubt, given the diversity of conflict in place and groups, violence in Kenya reflects a combination of these issues. Ethnic and tribal conflict in Kenya occurs frequently. A significant increase in the severity of such conflicts between the various population groups inhabiting the country was witnessed after the introduction of multi-party politics in the early nineties, and during the 2007–08 when Kenya faced major conflicts that led to exoduses of ethnic communities with roots in other geographical areas, destruction of properties, rape, killing and maiming. Within a span of 59 days with distinct but sometimes concurrent patterns of violence: spontaneous, organized and retaliatory more than 1200 people died, 300,000 displaced and 42,000 houses and business looted and destroyed. Kenya experiences multiple overlapping conflicts that coincide with electoral cycle that acts as politically motivated violence. This causes major alarms for the upcoming 2017 elections as political violence has had an ethnical dimension.